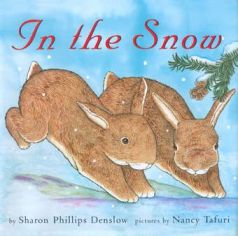 Repeat with:
The boots on my feet
The hat on my head

Snow on the Rooftop
This can be done with or without the music.
Snow on the rooftops (make pointed roof shape with arms)
Snow on the trees (hold arms up like tree branches)
Snow on the green grass (wave hands over the ground)
And snow on me! (point to self)

Source: Snow on the Rooftop by Kathy Reid-Naiman 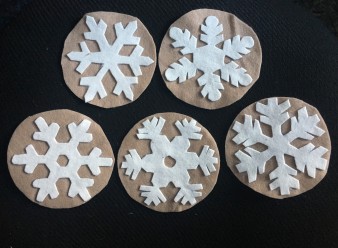 Froggy Gets Dressed by Jonathan London 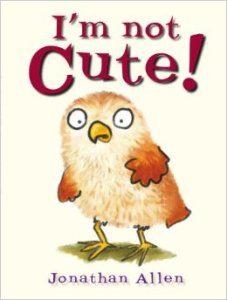 There have been a lot of new faces at storytime, this was a great way to introduce the owl theme and find out some of the new names!

Wide-Eyed Owl
There’s a wide-eyed owl (circle your eyes with your hands)
With a pointed nose (touch nose)
Two pointed ears (make ears with hands)
And claws for toes (wiggle fingers)
He lives way up in the tree (point up)
And when eh looks at you (point to children)
He flaps his wings (flap arms)
And says, whooo, whoo (cup hands around mouth)

Five Little Owls
Remember – if you’re ever crunched for time you can always print out images, laminate them and put velcro on the back! 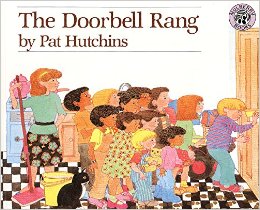 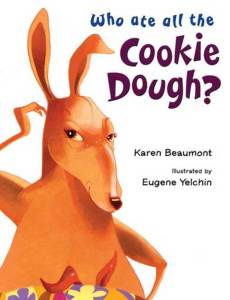 Pat-a-Cake
Pat-a-cake, pat-a-cake, baker’s man
Bake me a cake as fast as you can
Roll it, pat it, mark it with a B
And put it in the oven for baby and me

I’m Making Cookie Dough
I’m making cookie dough (hold out arms in a circle)
Round and round the beaters go (roll hands)
Add some flour from a cup (shake a pretend cup)
Stir and stir the batter up (make stirring motion)
Roll the, cut them nice and neat (rolling pin motion)
Put them on a cookie sheet (hold arms out flat)
Bake them, count them, 1-2-3 (count on fingers)
Serve them to my friends to eat (pretend bite)

Diary of a Wimpy Kid Party 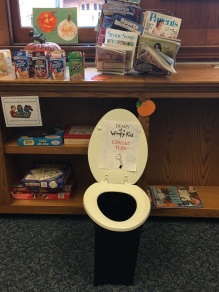 Make Your Own Comic: Kids (and some parents) had the opportunity to make their own comic. All you need for this is colored pencils and the comic strip (thanks Scholastic!). The kids got really into this, some even made Zoo-Wee-Mama comics!

Greg Mask: Children were able to transform into Greg with their very own Greg mask! All you need is the mask printed out on cardstock and string or popsicle sticks. We ended up using popsicle sticks because we thought it would hold up better than string.

Egg Hunt Raffle: The big activity was an egg hunt. To make the egg hunt we printed out and laminated different patterned eggs. We hid the eggs around the Children’s Department. Each child received a scavenger hunt list with the picture of the eggs. When children found the egg they crossed off the picture on the list. Once they completed the hunt they were entered into a raffle to win the new book!

Have you held a Diary of a Wimpy Kid party? I’d love to hear what games and activities you had planned!